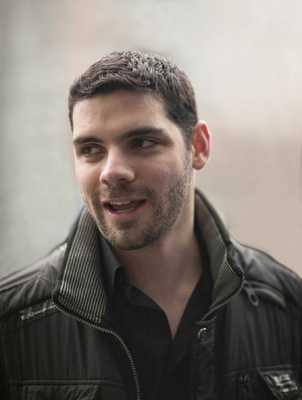 Born and raised in Medellin / Colombia

Worked at ICON CREATIVE STUDIO since 2015. My last position as Lead Animator allowed me to supervise a team for the Disney TV Animated series Goldie & Bear and Elena of Avalor prior that.
Graduated from the Vancouver Film School with two diplomas with honours in 3D Animation & Visual Effects and Digital Character Animation. And a bachelor degree in Graphic Design from the Universidad Pontificia Bolivariana in Colombia.

I'm the current result of that kid who used to play with cameras and drawings, who grew his creative spirit and curiosity by making some stop motion animation using dinosaurs made of clay and recording himself along with his siblings and cousins doing some foolishness to entertain our parents. Years later I decided to study Graphic Design and Animation, in order to become part of the magical art form that fascinates me the most: Movies!, and here I am, ready to apply all the knowledge and experience that I've got so far into the big purpose of my existence: To tell stories.

My recent studies under an intense studio-like environment gave me a set of skills in technical tools such as Autodesk Maya, After Effects, Adobe Premiere and more. Along with a very deep and complete understanding of storytelling, visual appeal, the principles of animation and production pipelines.

Also, I've attended some MASTERCLASSES with animators from Pixar and completed an Advance Character Performance at the online school ANIMSCHOOL.

Or send me a message and I'll get back to you as soon as possible :)

The item was added to the cart